When patients fill a prescription, it doesn’t always mean that they’ll follow through on the important part: taking it. Turns out, about half of all patients with chronic conditions such as diabetes or high blood pressure don’t take their medications exactly how they’re supposed to — and 1 in 4 patients never get their prescriptions […]

How Food Affects Your Mood Today, the rapidly growing field of nutritional psychiatry is finding many connections between the food we eat and the types of bacteria that live in our guts which affect how we feel Part of the reason you’re living longer is your physical and social environment — your home, neighborhood, and community — notes the World Health Organization.1 Eating a balanced diet, exercising regularly, and refraining from smoking all contribute to a longer life span as well. Doctors prescribe medications to their patients to treat illnesses and with […]

How to Make the Most of Your Annual Medication Review Explained: What Is Genetic Testing for Mental Health Medications? Pharmacogenetics (PGx) is a science that assesses your genes to determine how you’ll respond to specific medications. Here’s how it can help mental health.

What Is Pharmacovigilance, and Why Is It So Important to Patients’ Health? How Genetic Testing for ADHD Medication Can Personalize Treatment There are many ADHD medications, but children don’t respond to them the same way. Here’s what genetics, especially the COMT and CYP450 genes, can tell us. We’ve all experienced times in our lives when we’ve felt blue. But for some, those feelings can be intense and last for several weeks or longer, signaling a medical condition known as clinical depression.1 Although clinical depression affects people of all ages, adults over the age of 65 are at an increased risk, says Patrick […] If you take one prescription medication, you’ll know that there’s a dose and a frequency with which you’re supposed to take it. Normally, it’s easy to keep track of one prescription, no problem. Now, multiply that by five, 10, or more. Taking multiple drugs at a time can often be unnerving. You might worry about […]

How to Make Managing Your Multiple Conditions Easier Over the past two years, the term “comorbidity” has been used more and more in public health conversations, thanks in large part to the COVID-19 pandemic. In the context of the pandemic, you’ve learned that people with comorbidities — or more than one pre-existing medical condition at the same time (such as diabetes and cancer) […] Thousands of Americans die as a result of medication errors on an annual basis — and in many cases, the situation could have been avoided if the proper precautions had been taken. In fact, a recent report published in Stat Pearls puts the medication error death toll at between 7,000 and 9,000 people per year.1 […]

Avoiding Falls: 8 Helpful Tips for Older Adults and Their Caregivers If you’re a caregiver or just enjoy spending quality time with your parents or grandparents, these statistics may be cause for concern: Falls are a major problem among older adults (age 65 and up) and can lead to serious injury or death.1 In fact, falls are the top cause of injury and death from injury […]

How Precision Medicine Can Help Keep You Healthy Many long-term care facilities, large private practices, and health care networks have welcomed the concept of precision medicine. But ask the average person what precision medicine is and you might get more than a few blank stares. In fact, according to a survey of Americans by the Personalized Medicine Coalition, 66% of respondents had never […]

Meds Made Easier: 5 Tips for Tackling a Complex Medication Regimen 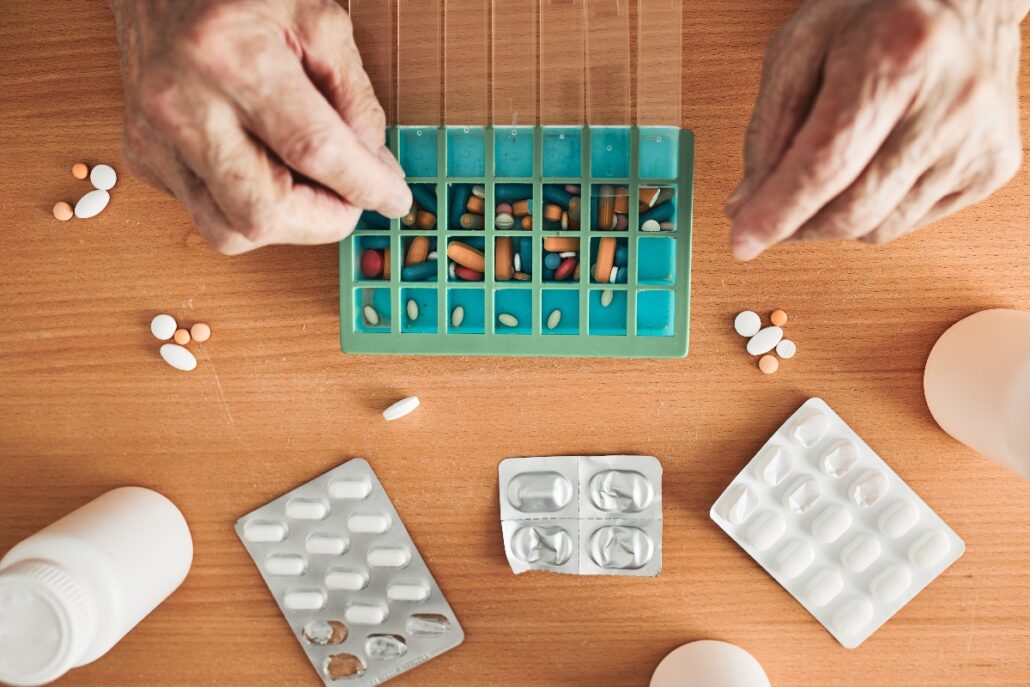 Drug-Gene and Drug-Drug Interactions: How Science Could Help Personalize Your Treatment Plan The Power of Positive Emotions — and the Upside to Negative Ones Think of your emotions like you would the weather: Somedays, it’s all sunshine and positivity, while others, it’s dark and gloomy. There’s a lot of in-between too. Those positive emotions can feel great, and they’re great for your health too. For example, positive emotions, especially hopefulness, have been linked to lower levels of coronary heart […]

Antipsychotics: What You Need to Know For decades, clinicians have been prescribing patients antipsychotic medications. Unfortunately, use of these medications has long been associated with myths, stigmas, and stereotypes. As the name implies, conventionally, people believe that anyone taking antipsychotics must have psychosis (which refers to a loss of contact with reality; typically involving delusions and/or hallucinations)1 or schizophrenia. Also among […]

The Life of a Sample Inside The Genomind Lab What Are ADEs (Adverse Drug Events)? Here’s a staggering fact: Mental illness affects tens of millions of Americans annually, and we’ve seen the number of mental health concerns grow over the past several years. As an example, one study found 8.5% of participants were experiencing symptoms of depression back in 2017-2018. But a couple of years later, thanks in large part […]

5 Ways to Ease the Stress of Older Adult Caregiving If you have older family or friends who need a helping hand, you may be the one who comes to their rescue. Turns out, there are lots of kindhearted people just like you: Some 53 million Americans provide informal or unpaid care for loved ones who have disabilities.1 And the number of caregivers is expected […]

What Mental Health Has to Do with the ‘Great Resignation’ The pandemic years have caused Americans to rethink their work-life balance in a big way. More than 4.2 million workers quit their jobs in January 2022,1 and the “Great Resignation” still seems to be charging ahead. One study found that more than a quarter of those responding to the study quit without lining up a […]

8 Tips to Help Your Child After a Depression Diagnosis While medication isn’t the only treatment for depression, pharmacogenetic testing can help guide clinicians on the appropriate prescription for your child. Learn how to recognize issues of focus and attention in youth and adolescents and find out how parents can help improve concentration in children. Taking medication for your mental health can be overwhelming. Here are the questions you can ask to become more knowledgeable about treatment options. Learn how BDNF can impact stress response & how genetic testing for mental health behavioral traits can help you take action to manage reactions to stress.

DNA and Mental Health: A Journey to Understand Genetic Variants Genetic variants in DNA can affect both behavioral & physical traits. Discover why DNA and mental health research is so far behind physical genetic science

Athletes in the Olympics and Mental Health SLC6A4 & Your Immediate Response to Stress: What You Should Know SLC6A4 gene mutation is implicated in acute stress reactivity and response to antidepressants. Learn more about the role of genetic testing for medication.