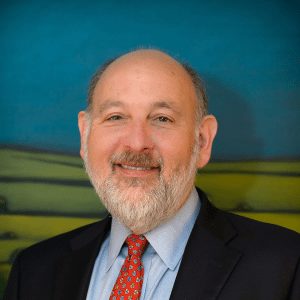 The practice of medicine is amazing, insightful and powerful—when it’s accurate. When it relies on falsehoods or incorrect interpretations, it leads patients and their families down rabbit holes. For example, years ago, one false medical “theory,” now debunked, suggested that so-called “refrigerator moms” who were distant or lacked warmth caused their children to develop autism or schizophrenia. We now know this to be patently untrue.

ADHD is another classic example. Despite research on ADHD, even today, there remain so-called experts who call diagnoses of attention-deficit/hyperactivity disorder (ADHD) a “fraud.” I refuse to link to their writings, but you can easily find them if you are so inclined.

Misinformation over the years led to the assumption that the prevalence of children with ADHD is something new. In fact, more than a century ago, Lancet, the British medical journal, printed what is believed to be the first published account of attention deficit disorder (ADD) in the medical literature. It was titled, “The Story of Fidgety Philip.” In the 1920s the symptoms were called the restlessness syndrome. In the ‘40s, they came up with the term brain-injured child, and later it was called minimal brain dysfunction.

There were so many names because scientists and clinicians didn’t understand the factors underlying the symptoms. An important point about ADHD is that it’s not a disease; it’s a disorder or syndrome. They are both ways to identify a collection of symptoms.

Now, thanks to the latest research, we can toss another antiquated theory in the trash heap. ADHD is not just a fancy term for laziness or lack of motivation. This is a condition that has nothing to do with lack of willpower.

In 2017, researchers funded by the National Institutes of Health, released the results of the largest brain imaging study of those with ADHD ever conducted. It was four times the size of the previous largest study, and was conducted at 23 locations, in nine countries, by 80 researchers, most of whom were psychiatrists and neuroscientists.

This ground-breaking research project found that “ADHD involves decreased volume in key brain regions, in particular the amygdala, which is responsible for regulating the emotions.”

When ADHD is properly diagnosed and treatment is offered, the results can be quite effective. Best practices for treatment (in children and adults over 6) indicate a combination of medication and behavior management.

Through my training and in my practice, I have taken into consideration additional findings that have shown genetic linkages for ADHD. In the past, we understood that 50 percent of parents with a child with ADHD have the disorder as well. Now, scientists estimate that 75 percent of those with ADHD have genetic drivers. The main genes affected are those that control neurotransmitters, the chemicals that relay messages from neuron to neuron.

In my practice, once I arrive at a diagnosis for ADHD, genetics play a role in my approach to treatment. I rely on a pharmacogenetic test, the Genecept Assay, to inform my treatment choices. The test identifies patient-specific genetic markers that indicate which treatments are likely to work as intended, as well as which treatments are likely to have no effect or to cause adverse effects.

In addition to this genetic test, there are a number of new technologies that many providers are beginning to use to select medications, and titrate their doses more precisely. Innovations in behavior management – parent, teacher and adult training and interventions — are changing the landscape, as well.

New research on ADHD has opened up new horizons in its treatment, and advances promise to improve not just the diagnostic process for ADHD, but also its medical and behavioral treatment. Well-informed physicians are using innovative methods, informed by research, to determine appropriate medications; and emphasis on the behavioral aspects of management are improving outcomes for children and adults.

Most importantly, parents can take a deep breath. ADHD symptoms are real. Parents are not responsible for this diagnosis. Science and personalized treatment are the best solutions.

This article originally appeared on ImpactADHD.

Summer is Not a Time Off for ADHD Treatment