Stepping Off the Medication Merry-Go-Round It took me 40 years after a near-death experience to get my life back to normal. And if I hadn’t taken a genetic test to help identify which medications would be best for me, I have no doubt I would still be in a world of hurt.

In September 1978 I was in a near-fatal car accident. I felt lucky to be alive, and I was. But three months later, I realized the accident was far from behind me when I had my first severe migraine attack that caused massive pain in my jaw and visual disturbances known as “migraine aura.” These attacks completely disrupted my life at home and work.

It will come as a surprise to no one that my misery made me awful company to my wife and family. When they tried to help me, I would be curt and grumpy – it took all my energy to just bear the pain. All I could do was retreat into a dark room and wait for the fog to lift. This would go on for days.

Working was impossible too. I love my job designing stage equipment for the audio touring industry. I design sheet metal configurations for sound systems used by big touring bands, Broadway theaters, and major cruise lines. Knowing that my work results in so many people enjoying live music and entertainment is pretty cool, but it also involves sitting at a computer for eight hours daily, pouring over detailed calculations in design software applications. And the accuracy of my work suffers immensely when my head feels like it’s melting from the back to the front.

By the time I was 30, the periodic, yet debilitating migraines had progressed to a monthly occurrence. A clear pattern of treatment had emerged that I called the medication merry-go-round. I would try a new prescription medication and have adverse reactions ranging from intolerable to utterly debilitating.

It was obvious my brain was misfiring big time and I finally reached a breaking point: at age 55, it was not uncommon for me to have migraine attacks more than four times a month. For years my wife had been urging me to see Dr. Robert Pollack, a psychiatrist who had treated her successfully by using Genomind’s Genecept Assay to help determine the best course of treatment. With nothing to lose, I heeded her advice and my only regret now is that I didn’t listen to her sooner.

The test results showed I had genetic markers suggesting I would likely respond well to an anti-seizure medication. Even though the test results were not specifically related to my migraine treatment, Dr. Pollack saw enough overlap between my genes and the mechanism of the drug he was considering, that he thought it was worth a shot to try this new medication.  The test also indicated that my genetic makeup made me particularly ill-suited to another medication I had been taking for over 10 years.

In the ten months since I stopped taking the second medication, and began taking the anti-seizure one Dr. Pollack subsequently prescribed, I’ve only had two very minor and manageable attacks. The kind that were easily treated with over-the-counter medications and quickly dissipated.

When I say the Genecept Assay gave me my life back, I really mean it. To finally say goodbye to the pain and disruptions to work and relationships is truly amazing.

[Editor’s note: Scientists know that pain tolerance is partly determined by genetic factors. Understand more about the connection and get answers to questions such as “is high pain tolerance genetic?” in this blog.] 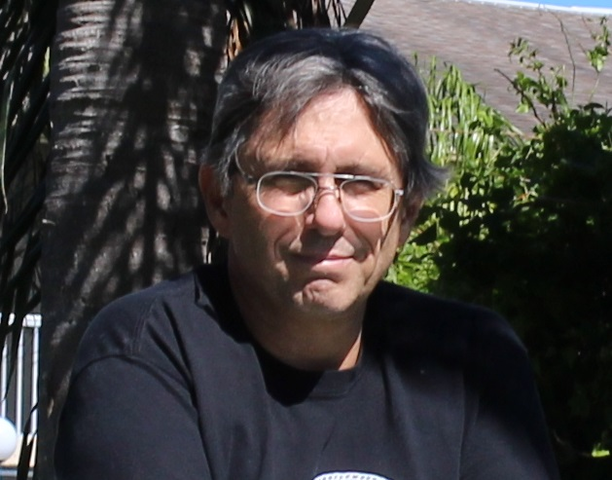 Larry Bone is a longtime resident of Cape Coral, Florida, where he has lived for 6 years with his wife, Marjorie, and his dog Duke. Over his 35-year career as a mechanical designer, he has designed and developed a host of products and materials, including packaging for popular candies, sheet metal for entertainment systems, and cables and connectors for radar systems.

The Genecept Assay® is a genetic test created to assist clinicians in optimizing treatment decisions for patients with mental illness. Due to the overlap between psychiatry and neurology and frequent comorbidity observed, clinicians may occasionally use this testing to address other neurological conditions outside of mental illness.