Since he was a teenager, Tim O’Brien has wrestled with depression and thoughts of suicide, or what experts call “suicidal ideation.” He went to therapy a couple of times in high school, but it didn’t stick. He carried on, keeping his struggles to himself. And for years—from his view—he was managing just fine.

But in 2018, the Brooklyn filmmaker, then in his late 20s, experienced a “series of personal setbacks,” as he calls it. For someone with long-term but untreated depression, the additional stress was too much.

“I felt like I had completely messed up everything in my life, and I didn’t see a way clear of it,” says Tim, now 30. He shut himself off from the world and turned to “copious amounts of alcohol” for comfort. Most nights, he drank himself to sleep.

Finally, around Labor Day, a little hope: After months of staying with various friends, he had found an apartment. But the night before he was due to sign the lease, he fell off the couch he was sleeping on and busted his lip open on a coffee table. He woke up bleeding and still drunk from earlier that evening.

“When I realized I needed to go to the hospital to get my face stitched up, and that I was probably going to miss signing this lease and have to move back home with my parents for at least a few months, it felt like the walls were closing in, and I wanted to quit,” Tim says.

The result: a suicide attempt—one of nine that year—that landed him in a psychiatric ward for two weeks, followed by a voluntary rehabilitation program for alcohol use disorder, suicidal ideation, and depression.

Thankfully, Tim’s story didn’t end there. Today, he’s got his own apartment back in Brooklyn while staying busy with work and living soberly.

“I’m in a much better place,” Tim says. “I’m not 100 percent, and no one ever is. I still have bad days, but because I’ve opened up to treatment and help from other people, I have more tools available to me now, such as cognitive behavioral therapy or CBT, to actually deal with problems.”

Here, Tim shares the lessons he’s learned that help him cope every day.

Lesson #1: Be Open and Honest with Yourself

Though 2018 was exceptionally tough for Tim, he had lived with depression much longer. Depression is a mood disorder that can lead to a loss of interest in daily life, feelings of worthlessness, and changes in sleeping or eating patterns. Symptoms of depression can vary from person to person, but they last at least two weeks.

Often, depression is chronic or recurrent, and without treatment, it can increase the risk of suicide ideation.

“I’ve had depression basically my entire adult life, and it’s something that runs in my family,” Tim says. “For a long time, I lived in denial about it or thought that I could ‘white-knuckle’ my way through things.”

After his near-death crisis, Tim recognized that he needed help. Now, he finds strength in examining himself openly and honestly, and asking himself, “What is that I’m feeling, and why am I feeling this?’”

With cognitive behavioral therapy (CBT), Tim’s also learned to look for and challenge negative thought patterns, which can improve mood and relieve symptoms of depression.

Lesson #2: Let Your Network Support You

Looking back, Tim is quick to identify a major hurdle he had to overcome. Perhaps surprisingly, it wasn’t any single setback, but how he responded to them.

“The biggest problem was that I was isolating myself,” Tim says. He had a hard time associating with other people, so he avoided them. “I was trapping myself in my apartment.”

Social withdrawal—a common symptom of both depression and suicidal ideation—became a recurring theme for Tim. “I lied to the people who could get through to me about what I was feeling,” Tim says.

But his friends and family weren’t deterred. “I had someone visit me for every visiting hour I was in the psych ward,” Tim says, which helped him realize how much support he had. 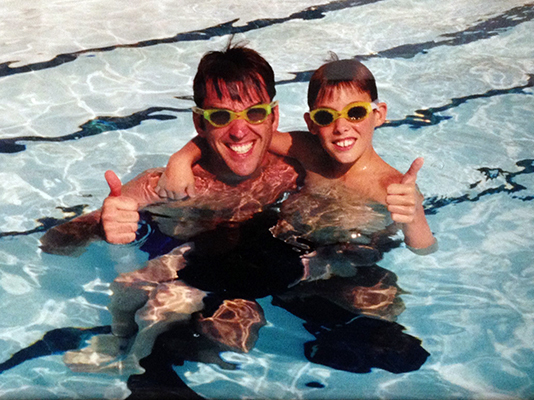 “I couldn’t hide it anymore,” Tim says—and that was for the best. “As soon as I opened up and was honest about my issues, that’s when the help was able to help me. The help was always there, but it was only when I was able to accept it that I was able to get healthy again.”

Lesson #3: Tweak How You Communicate

Learning to open up was a process for Tim. Luckily, his parents wanted to learn along with him, and the three of them participated in family therapy sessions during Tim’s time in rehab.

Their main takeaway: Both patients with depression and their loved ones have a role to play in improving communication. “For me, it was talking more,” Tim says, instead of papering over any problems. For his parents, it was to listen more.

“Most people aren’t equipped to listen to their friends or family and offer them the kind of support they need in that moment—which is often just listening and being there,” Tim says. “It’s not about immediately trying to fix everything.”

Shawn chimes in: “Which is hard for a guy who is a fixer guy.”

Today, they have a happy balance. Tim feels free to talk about his bad days, and Shawn tries to find the right time to provide helpful suggestions.

Chronic or recurrent depression often requires both talk therapy and medication, such as antidepressants. But finding the right medication and dosage usually involves trial and error.

In the psych ward, one of the psychiatrists recommended a Genomind pharmacogenetic test (PGx) to help understand how Tim’s genes may affect his body’s response to certain mental health medications.

“It’s the kind of thing that I’ve always wished was around,” Tim says. “My current psychiatrist has my Genomind report and has used it to help guide my therapy.”

Knowing that his psychiatrist has this additional scientific insight has eased some of his worries about side effects and increased his confidence in treatment.

The Genomind test requires a prescription. Wondering if it can help you? Learn more about Genomind’s solutions here.

Tim isn’t the only believer in the Genomind test. Shawn, who has decades of experience in the biotech and pharmaceutical industry, researched it when it was recommended as part of his son’s treatment. Coincidentally, Genomind was looking for a leader, and Shawn began serving as its chief executive officer.

Lesson #5: Take Life One Day at a Time

“It’s a work in progress,” Tim says. “Accepting that was helpful—knowing that I’m not just going to take a pill and magically feel 100 percent or that I’m going to have one therapy session, cry, and never want to kill myself again.”

Along with following his treatment plan and leaning on his support network, Tim’s traded alcohol for biking as a coping mechanism. “I love riding my bike almost every day, and it’s the thing I’ve done when I’ve felt a desire to drink.”

Shawn, too, has ongoing concerns about his son’s health. But together, they work through it. “When Tim does have bad days, I know it’s going on because he’s not communicative,” Shawn says. 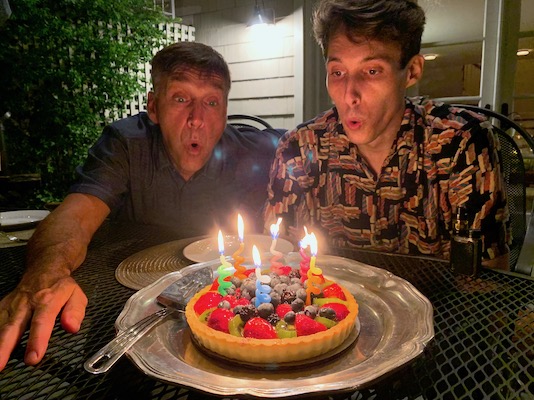 Once, Shawn observed that Tim wasn’t doing well. It had been raining the previous day, and he had been holed up in his apartment. “I said, ‘Tim, get on your bike. It’s a beautiful day out there. Go get that feeling from the bike that you like.”

What to Do If You or Your Loved One Needs Help

Both men and women die by suicide, but men are four times more likely to die by suicide than women. People with depression, substance use disorders, or other mental health conditions are at higher risk for suicide.

But there’s help—and hope. If you have thoughts of suicide, reach out to your doctor or therapist, or find treatment options at samhsa.gov.

If you’re experiencing an emergency, call 911 for immediate help. You can also find urgent support from the National Suicide Prevention Lifeline at 1-800-273-TALK (8255) or Lifeline Chat.

Get a lifetime of mental health treatment guidance. Genomind’s leading pharmacogenetic test was designed to help your clinician personalize your treatment plan based on your genetic profile.