While new mothers can face an array of potential issues, maternal mental health issues are the most concerning and need more attention. According to United Kingdom research, postpartum psychiatric disorders were identified as the most common cause of maternal death in that country.1

I serve on the Colorado Department of Public Health committee responsible for identifying and classifying maternal deaths in the interest of having data that can be used to improve treatment. According to data from 2004–2012, 30 percent of maternal deaths in Colorado were due to either accidental drug overdose or suicide. OB-GYNs understandably focus on trying to prevent their patient’s death from a cardiovascular event or postpartum hemorrhage.

However, those deaths in my state over the same time period accounted for 10 percent and 3 percent of maternal deaths, respectively. Drug overdose and suicide account for a much larger proportion of maternal deaths in Colorado, thus providing hard data that mental illness following childbirth exists and is life threatening.

Postpartum depression is increasingly being discussed in the mass media. For example, celebrities such as Chrissy Teigen and Adele have recently shared their struggles publicly. These revelations help normalize and destigmatize postpartum depression, as well as help inform the public as to signs, symptoms and treatment. The healthcare sector has slowly been recognizing the enormity of the problem and are beginning to screen for depression during and after pregnancy. However, appropriate knowledge of treatment options and access to mental health professionals with specialized knowledge of the perinatal period lags behind.

The best understanding of why women are vulnerable to mood disorders during reproduction has to do with a disruption in the woman’s homeostasis. Allostasis defines a disruption of that homeostasis. The allostatic load of pregnancy and the postpartum period are multiple and additive. Hormonal disruption, sleep dysregulation, the emotional stress of a difficult birth, and of simply becoming a parent all contribute to the enormous stress on a woman’s system, rendering her vulnerable to mental illness.

Estrogen and progesterone as well as other hormones are greatly altered during pregnancy and in the postpartum period. We know that estrogen modulates serotonin and that progesterone modulates GABA.

In addition to the hormonal allostasis, pregnancy is a catabolic state where the woman’s nutritional and energy stores are depleted. This nutritional depletion can lead to decreased production of the neurotransmitters that promote euthymia, or positive mood.

The postpartum period comes with sleep deprivation for both parents, but especially for the breastfeeding mother. Disruption of sleep is known to be a common trigger for a bipolar episode, as well as for anxiety and depression.

Other stressors include the psychological aspects of becoming a new parent:

And finally, the social stressors:

All of these stressors can also lead to altered physical chemistry and disruption of homeostasis.

Manifestations of postpartum depression can be intense fear of being an inadequate parent, intrusive fears or mental images of hurting or killing the child, a desire to flee, regret at the decision to become a parent, and then shame at any of those thoughts and feelings. These thoughts then lead to more stress on the system. The fear often leads to insomnia, which then leads to more allostatic load.

Peer support is an increasingly used modality where women who have gone through postpartum depression are trained to provide education and emotional support.

Psychotherapy provided by a mental health professional can reveal how and why the transition to parenthood can be so stressful for someone, can help someone understand how her specific past might be affecting how she is feeling about being a parent, and provides education in how to take care of herself to restore balance to her stressed system. Behavioral advice regarding finding a way to get uninterrupted sleep for the new mother is particularly helpful. For mild to moderate symptoms, this psychoeducation, emotional processing and skill building can be all a new mother needs.

For moderate to severe symptoms, however, women often require medication in order to recover. Medication can help decrease symptoms more quickly, thus helping a mother get some rest, feel optimistic again, be able to emotionally connect with her child, and find motivation to take care of herself.

I offer genetic testing for my patients to help guide decision-making before ultimately prescribing a psychotropic drug. The decision to take medication during pregnancy or while breastfeeding can be particularly fraught, and I feel that having some objective guidance in what medications to use leads to effective treatment faster. In my practice, I have found the Genecept Assay (a previous version of Genomind’s pharmacogenetic testing) to be a good fit for patients. In addition to providing the CYP450 gene profiles and data on some of the most common genetic variants associated with mood problems, it tests both MTHFR genes, thus providing support for using L-methylfolate as part of the treatment plan. (Find out more about MTHFR and mental health here.)

While I understand genetic testing can’t be diagnostic for psychiatric disease, I feel that I have better outcomes using the testing.  The harm to benefit ratio seems very low, and patients have objective evidence that their mental illness is based in biology not their character. This can be remarkably validating for patients.

The following list identifies some resources for medical practitioners and new parents: 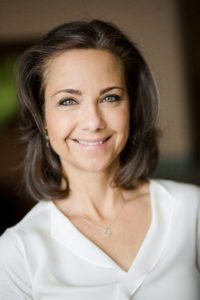 Dr. Karen Horst studied women’s philosophy at Yale University as an undergraduate before attending Baylor College of Medicine for medical school, two years of an OB-GYN residency and then completing a residency in psychiatry. She is a board-certified psychiatrist, specializing in perinatal psychiatry, and practices in the Denver metro area and also at the Boulder Postpartum Wellness Center.

She lectures on the subject of psychiatric medication use in the perinatal period, and is active with Postpartum Support International and the Perinatal Mental Health Society.