As a family nurse practitioner for 25 years, I’ve seen one thing happen far too often: patients with mental health issues get prescribed a continuously rotating array of medications and don’t improve.

This is frustrating not only for the patient but also for the medical practitioner. I know it’s something that perplexes all of us in healthcare, including my late mother, who started the health practice that I now operate. She would be impressed by how far we’ve come now that the era of personalized medicine is upon us.

I’ve tried to avoid a trial-and-error approach to prescribing medications by seeking to identify the actual root causes of my patients’ struggles instead of merely treating their symptoms.

My thought is that if you’re going to commit to taking a medication, don’t you want to know what you’re getting into? Using genetic tests to help understand specifically how an individual’s brain works can eliminate what I call the dartboard approach to prescribing medicine.

For example, I recently met with parents of a 10-year-old boy who were at their wit’s end and under pressure from their son’s teachers to seek outside medical treatment. He was unable to focus at school and socially withdrawn. Though both his parents and education specialists had observed him displaying symptoms commonly seen with ADHD, he also exhibited behaviors consistent with symptoms of anxiety. I know from past experience that prescribing medications frequently used to treat ADHD in patients who also have anxiety can be ineffective.

So instead of guessing, I used the Genomind Pharmacogenetic test, and within a week we had sophisticated data confirming my hunch: the boy had three genetic markers that can be associated with improved response to anxiety medications. With this information and his medical history in hand, I prescribed an antidepressant.

A few weeks later his parents shared an email from a fellow parent impressed by the turnaround in their son’s demeanor. He seemed more comfortable than ever in his own skin, he was whistling, smiling and engaging with other children in sports and school.

I’ve also treated patients who had previously been taking medications for depression and anxiety to no avail in relieving their symptoms. One female adult patient who came to see me had tried numerous anti-depressants and was convinced that they didn’t work. The Genecept Assay suggested why that might be the case for her: she had three different genetic markers associated with improved response to medications commonly used for ADHD. Once we substituted the anti-depressants with a medication commonly prescribed for ADHD, she finally saw the improvements in mood and energy she had wanted for so long.

For some adult patients, the Genecept Assay has been instrumental in providing me with the details I needed to compel them to seek treatment. Such was the case with one woman in her 40s who had been seeing me for close to four years due to vast mood swings and near-constant irritability. The woman had been diagnosed with bipolar disorder years ago, but dismissed that diagnosis and was hesitant to seek help from a psychiatrist, despite repeated urgings. She had also taken numerous anti-depressant medications without improvement, and was then convinced she could heal herself with the right combination of vitamin and herbal supplements and lifestyle adaptations.

A breakthrough in treatment came when I shared the results from the Genecept Assay with her, which showed she had various genetic markers that can be associated with mood lability. This was just the data I needed to have a challenging conversation with the patient, who ultimately heeded my advice and became more receptive to both trying anti-psychotic medications and receiving psychiatric counseling. To this day, she continues to improve.

These experiences align with the clinical research from Genomind to date about the Genecept Assay, which supports that the test has resulted in better treatment response and patient compliance, as well as decreased healthcare costs.

I feel like I should never prescribe a patient any medication for psychiatric reasons again without running this test for them first. It’s the most extensive one I’ve ever used in terms of identifying likely side effects and effective treatments. I especially like that it provides information for a more complete list of medications than any other test. It also offers more analytical information about how these medications are likely to interact with specific genetic markers and conditions.

We know that genetics are really going to be the future of medicine; this test is 1,000 years ahead of the game. 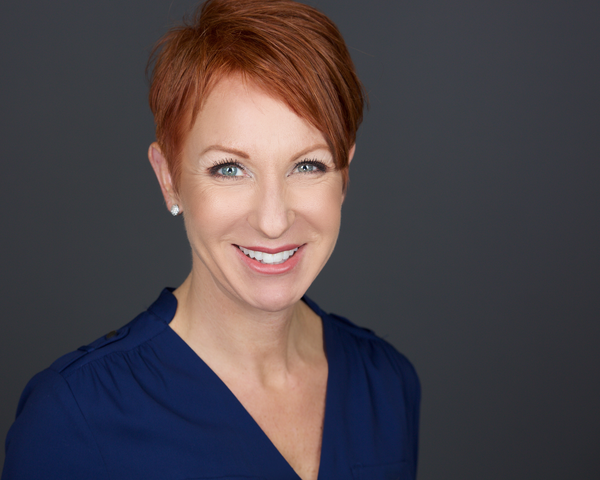 She received her undergraduate degree from William Paterson University and her master of science in nursing from Rutgers, the State University of New Jersey. Hardy has a special interest in digestive issues, hypothyroidism, hormonal and metabolic issues, weight loss, fitness and children with special needs.