How Personalized Medicine Changed My Life: A Patient’s Story For as long as I can remember, I have been depressed.

For me, depression has been an exhausting fight against drowning.

When things were bad, I was pulled deep under the water. The only things I had were terrible messages; self-hatred, fear, a sense of impending death and a crushing inability to break free. Trying to swim and save myself only exhausted me more. I really wanted to improve my life.

When I was 24, my psychiatrist prescribed anti-depressants, and I continued trying different ones for nearly two decades. It didn’t seem to matter which ones I took, or how many ­– the effect was minimal at best. I was also going to appointments for traditional talk therapy. It helped some, but ultimately, it was like a donut filled with air. It just didn’t feel substantial.

Finally, two years ago, a new psychiatrist suggested I take a genetic test, the Genecept Assay®, to help guide my treatment. The goal was to look at the genes that may affect my body’s ability to benefit from certain drugs and other treatments. It was a simple saliva test, collected by swabbing the inside of the cheek with a cotton swab. The test was painless and easy to perform. The sample was then sent away for testing at a certified lab.

I was eager to see if the results would help my doctor decide which medications and doses could work best for my symptoms. I still remember when my doctor called me. “We need to talk now,” she said.

I went to her office and we went over the report, which was a bit overwhelming. My first reaction was, “I am not to blame for being this way. This isn’t my fault.” Knowing this gave me hope to keep going.

My doctor told me the test showed that I likely didn’t need anti-depressants, and I slowly went off of them. Rather, I had particular genetic variants that could cause my glutamate receptors to be overactive. I understand there is no other way to have discovered this information except through a genetic test.

My doctor said what I needed was a mood stabilizer/anti-seizure medication and L-methylfolate, a medicinal food. I also remained on a drug to treat attention-deficit/hyperactivity disorder.

The important thing isn’t so much what exactly I’m taking now, but rather that it’s personalized to me and my genetic make-up. All the trial-and-error with even more anti-depressants would have just left me more depressed and confused.

My life is very different now. To continue the analogy I started with, I no longer feel I’m drowning. Now I’m on the beach. 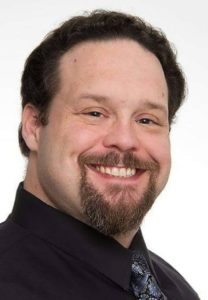