Mental health care in the U.S.: Why is the brain treated differently than other organs? A current problem with mental health treatment in our country is that the existing healthcare structure looks at and treats the brain differently than other organs in the body. In terms of the brain and mental health, there historically have not been many objective, physical markers and tests that can indicate a diagnosis or what may be going wrong in the brain to cause illnesses like depression, anxiety and bipolar disorder.

For example, if you have symptoms of diabetes, a clinician can give you a blood test to check your blood sugar levels and have an objective marker in order to diagnose you with diabetes.  If you have symptoms of cancer, a clinician can do imaging studies, such as an MRI, and/or give you certain blood tests to diagnose the cancer, and the stage of that cancer.  There are not many similar tools available for mental illness, and as such, I believe this is one of the reasons our healthcare system has treated illnesses of the brain differently than all other physical illnesses.

An outcome of this situation is that mental illnesses and addiction often have a stigma attached to them. Because we generally cannot physically see or test an objective marker for mental illness, like an x-ray for a broken arm, we may assume that there is a character flaw, or a weakness, or some other intangible issue happening with a person suffering from mental illness.

As a result of this stigma and this lack of “physical” evidence, mental illnesses have been historically treated differently than other illnesses. Often times the mental illness has to reach a certain stage of severity in terms of symptoms in order to qualify for treatment which will be reimbursed by our healthcare system.

We would never say to the diabetic, “You have to wait until you go blind or need to have your legs amputated, then we will treat you.” We would never say to the cancer patient, “Yes, you have cancer, but it’s early stage 1, wait until it’s stage 4, then you can come back for a double mastectomy.” We don’t do that, and if it does occur, there is a big outcry. But I feel that many times, this is exactly what we do with mental illness.

The impact of genetic testing on mental health care

The standardof care in psychiatry is and has been this trial and error process of prescribing drugs to ameliorate the symptoms of mental illness. It consists of trying one type of drug after another, and adjusting drug dosing until, hopefully, the patient feels better. This process can and often does take months or years, and many times the patient never reaches remission from his or her symptoms. Patients often lose hope and do not comply with their treatment regimens. Sometimes, the drug side effects are so severe that patients totally abandon their regimen.

Genetic testing, such as the Genecept Assay®, offers new hope for individuals suffering with mental illness. This type of testing finally offers some personalized, objective, biological markers that clinicians can use to understand what mechanisms may be going wrong in the brain to cause mental illness, and how to potentially correct them with drugs and other treatments. We have come to expect personalized medicine in many other areas of healthcare, and now it is finally available for mental health as well.

Not only can this type of testing help to prevent patients from getting to extremely severe forms of mental illness before receiving treatment, but also it may serve to help reduce the stigma around mental illness, since it is an objective test that can assist in showing what may be physically going wrong to cause the mental illness. Hopefully this can help to further our effort to place mental illnesses in the same category as all other physical illnesses. 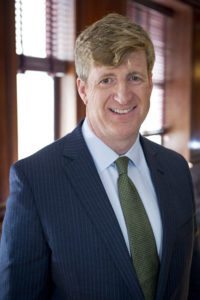